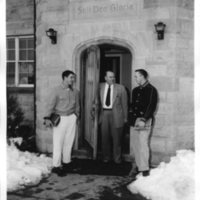 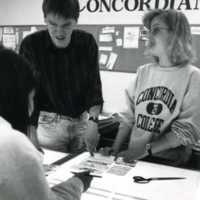 Participation in student organizations is a significant way through which Cobbers become responsibly engaged in the world. This exhibit provides a brief overview of the vast number of past and present student organizations which fall into three categories: Student Publications (The Concordian and Scout/Cobber), Leadership Organizations (service groups and Student Government), and Extracurriculars (Societies and Clubs).

Cementing Our Future: Buildings at Concordia 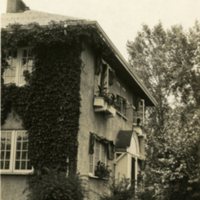 This exhibit recognizes the history and significance of the buildings on (and off) Concordia's campus. The buildings' timeline falls into five periods: Humble Beginnings, A Building Boom, Yellow Brick, Beyond 8th Street, and the Next 100 Years. Also included is a section that illustrates campus maps' changes through the years. 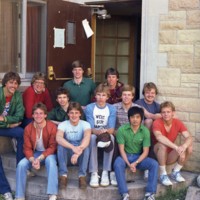 This exhibit features the items collected during the 2013 Cobber History Harvest. The exhibit is organized by item type (photographs, objects, and documents). Each featured item includes a detailed analysis about the item's significance to Concordia, the community, and the nation. 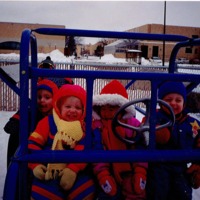 Women at Concordia have played important roles in the making of the institution. In particular, they have contributed heavily to KORD Radio, Food Service, the Ghosts of Concordia, Matron Services, Athletics, Campus Childcare, Music, Ministry, and World War II.

From KOBB to KORD: Student Radio at Concordia College 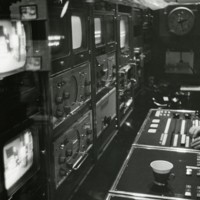 Concordia College's first radio broadcast was in the early 1920s. For nearly 100 years, these radio broadcasts have changed drastically not only in technology, but also in content. This exhibit highlights the growth of student radio at the college.

This exhibit contains web essays written by Concordia College students in Inquiry 100, Words from the Dead:  Digitizing & Interpreting Historical Letters, a course taught by history professor Joy K. Lintelman in fall semester of 2015.  Students in the class transcribed, digitized, and analyzed a collection of World War II letters written by Howard L. Sarty to his girlfriend (eventually wife) Yvette Langlais while he was serving in the U.S. Army.  These essays represent student research developed from the letter digitization/transcription project. 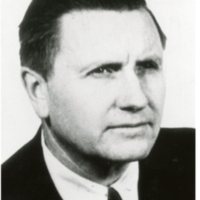 This collection of videos showcases excerpts from G.L. Schoberg's "Concordially Yours" radio broadcasts from the 1930s, 1940s, and 1960s, which often started with that familiar greeting. Schoberg was a member of the Foreign Language Department from 1930 to 1969. He wrote and broadcasted the radio show "Concordially Yours" from 1938 to 1966. These popular productions, nicknamed "Cobbercasts," included news and updates from the campus, along with tales from the history of Concordia.

You have no featured exhibits.